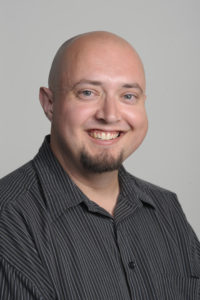 Cellular technology- how does it work?

Cellular networks use a system of antenna towers, referred to as cells, that transmit and receive radio waves over geographic sectors.  These towers are connected via a wired backbone network or a wireless back haul connection (aka wireless mesh).  As you travel with a wireless device, your phone will connect to the strongest tower in its vicinity and as you move the device will reconnect from tower to tower, also known as roaming.

Cellular network technology has advanced a great deal over the last 30 years with each generation of technology getting faster and more reliable. The first generation of cellular technology, called Advanced Mobile Phone System (AMPS), was rolled out in 1982.  This technology was completely analog until it was replaced in the early 90s by 2G technology, most commonly CDMA and GSM.  These technologies introduced SMS messaging and were digitally encrypted.  The network speeds of 2G networks topped out at around 14.4 Kbps.  By comparison, 5G which began rolling out in 2019, will have an estimated network speed of 2 Gbps to start, or 2,000,000 Kbps.  Each generation of technology introduced faster speeds and features that would revolutionize cell phone technology.  The introduction of 3G technology saw another boost in speed and the introduction of mobile data making internet connectivity easier to accomplish. 4G brought with it even higher speeds and allowed for the streaming of HD quality video.

How fast will 5G be?

While 5G is here, it still has not yet been completely rolled out, but when it is, it will boast the fastest network speeds yet.  In the next couple years, we will begin to see apps as well as IOT (Internet of Things- aka Amazon Echo, Google Home, etc.) devices taking advantage of this type of wireless network technology.  As stated previously, when 5G is rolled out, it will have an estimated network speed of 2Gbps with predictions of the technology eventually reaching speeds of 100Gbps or faster. 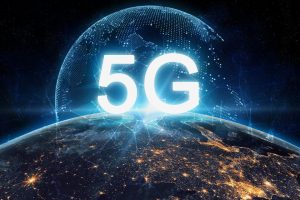 5G will also have lower latency than the current 4G networks.  Latency is the time it takes for data to get from your device to its destination, an important factor with precision applications and devices such as self-driving cars.  4G currently has a latency of around 50ms whereas 5G will have an estimated 1ms of latency.

How does 5G work?

5G technology uses three separate bands of frequencies for different technologies depending on the speed required by the app or device: Low-band, Mid-band, and High-band.

Low-band:  Operating in frequencies below 1GHz, this band has the highest coverage distance, but the lowest speed and will likely be used in rural areas.

Mid-band:  This band operates on frequencies between 1 and 10 GHz and will likely be the most widely used of the 5G bands due to its range (about a half mile from each cell tower) and its improved speed.

High-band:  This band operates on frequencies between 20 and 100 GHz and has the highest speeds but the lowest range, topping out at around 800 feet from a tower.  Most carriers are planning on rolling out small cellular base stations in order to provide these types of speeds to customers.

Who currently has 5G?

As of this writing, 5G is still being rolled out with most major cities having it in some form provided by nearly all the major service providers, however, it likely won’t be widely available the way 4G is now until 2022, approximately.  Even then, you would still need to purchase a device capable of 5G as 4G devices will not be able to connect to a 5G network. Samsung, LG, and Motorola all currently have 5G phones available.